Cryptocurrency Facts You Should Know 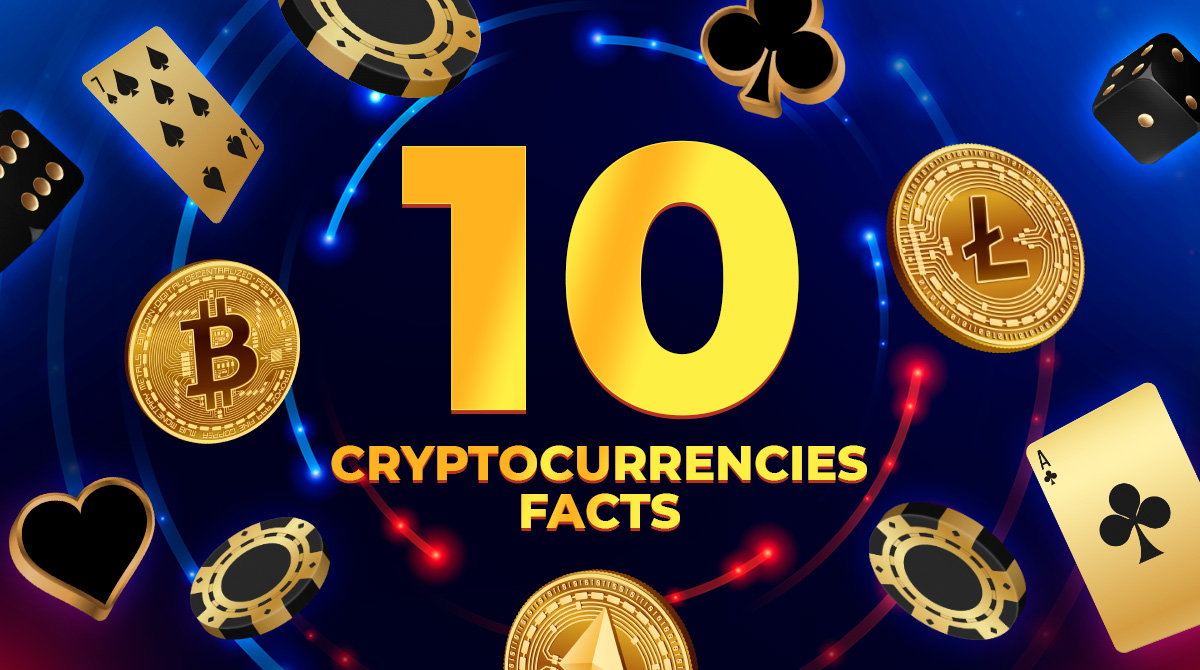 News about cryptocurrencies does not leave the front pages of the world press. The townsfolk talk about them in everyday life, those who understand tend to invest in them, but everyone agrees that the future belongs to the crypto.

The CryptoVegas casino team doesn't pretend to become a part of the endless debates about the advisability of investing in crypto. It is much more interesting to share cool facts that will help us realize the world's scale of the crypto community and its impact on gambling.

Without wasting any time, let's discuss ten fascinating cryptocurrencies facts you should know:

Like gold or oil, cryptocurrency also is a limited resource. We can see it with the Bitcoin price upward tendency when the supply is shortened.
All the investors are aware that sooner or later, the number of available bitcoins will run out.

Almost every day, one more cryptocurrency pops up in the world. The mining industry captivates more and more followers. In 2022, there will be over 5,000 different cryptocurrencies in the world. Most of them are very cheap and will not last much time.
However, there is always an exception. Some creative ideas encounter support in the crypto community and succeed.

Anybody can learn to cook, dance, or sing so that anybody can create cryptocurrencies. The only condition is that you will need to create a new blockchain in case of coins and use an existing one for tokens.

Some countries restrict and regulate the cryptocurrency market, however, anyone can get a crypto wallet.

Among the most common slang terms is "TO THE MOON" which means the moment when all the crypto community will get rich. Big dreams, significant achievements.

The great enigma remains unresolved. Under Satoshi Nakamoto's name, a group of individuals wrote the whitepaper for bitcoin. Many crypto enthusiasts believe that this name is an acronym for Samsung-Toshiba-Nakamichi-Motorola.

Only 21 million Bitcoins will be ever created. Considering that the mentioned quantity has been lost, we have only 17.3 million Bitcoins available. The combined value of bitcoin is 2.9% of the world's money.
In other words, if we imagine an independent country with an equivalent economy of 2,9%, it will become the 13th largest economy in the world. That's impressive.

James Howells of Newport, Wales threw away a hard drive with 7,500 Bitcoins. He tried to recover access to his wallet. However, authorities declined the request because it violated the established rules. Keep your cryptocurrency wallet, hard disks, and passwords safe.

Transactions are non-reversible (no charge-backs), meaning fraud and non-payment are eliminated

Transactions have no deposit and withdrawal fees. It means that the house edge is low

Crypto offers undeniable advantages. Invest in crypto and play your favorite slots to multiply your income